How can such a sparsely populated, small plot of land at the eastern end of the Mediterranean arrogate Turkey’s foreign policy, and even thwart its EU accession? The answer has two dimensions, one is Turkey’s problems with its immediate security orbit; the other is the EU’s internal problems in regard to Turkey. While the former is a best practice example of the application of realist theory on actual events, the latter is an amalgam of state level interests, collective European foreign policy interests, and internal EU interest-accumulation. Therefore the latter will only be mentioned when significant for Turkey’s foreign policy decision making and the focus will lie on the abstraction of Ankara’s intentions on the Island or at least in regard to the Island.

Cyprus has been under Ottoman control for almost 350 years, de facto ending in 1878 (ceding control to the British Empire), de jure in 1914. Ever since the latter date, Turkey fights to defend strategic depth in its immediate sphere of influence, naturally including in the Mediterranean, and most importantly so against Greece, the biggest enemy in the Turkish fight for independence from 1919 – 22. The Island has been an official British protectorate until 1960 and as such a key geostrategic location. Even after the independence, Cyprus continued to be of significant importance for London, since there are still two military bases on the Island. Turkey though lost its edge on the Island at the beginning of the First World War, with the exception of the claimed guardianship over ethnic Turks living there. This auspice was included in the 1960s constitution as the so called mother-states guarantor rights, but since the end of the Ottoman rule this was contested, particularly so since 1960. The contestation of Turkish-Cypriot, and thus indirectly Turkish influence was increasingly pulling both Ankara and Athens into domestic issues. Both leading figures in the Greek-Cypriot community and Greece itself supported “enosis”, thus the unification of Cyprus and Greece. Turkey on the contrary, who has been on the edge of war with Greece only some years earlier and had a military coup at home in 1960, wanted to increase its influence on the Island, but much more importantly wanted to keep the Island from becoming entirely Greek and therefore supported “taksim” or a division of the Island.

This coincided with Turkey’s slow but steady economic and military build-up and the increasing role of the military in both countries decision making. Six years apart both Ankara and Athens had military coups, heavily destabilizing both sides foreign policies, particularly towards each other. Intercommunal violence started to went out of hand in 1963 already and then Prime Minister of Turkey Ismet Inönü (the former right hand of Atatürk himself) threatened Greek-Cypriots with a military intervention in early 1964. But then U.S. president Lyndon Johnson was able to coerce Ankara into abidance and prevented a direct military confrontation. Over the years the situation did not de-escalate though and both Turkey and Greece were not willing to give in and actively supported either side militarily and economically. The last straw that broke the camel’s back was a coup d’état staged by the Greek military junta on the Island to force enosis in 1974, after which Turkey intervened militarily only five days later in what the Greek-Cypriot side, until today, calls the Turkish barbaric invasion, the Turkish-Cypriot side the happy peace operation. While the regime in Athens quickly afterwards fell, the Turkish side achieved a remarkable victory, de facto controlling 37% of the Islands territory. Although the Turkish Republic of Northern Cyprus was proclaimed in 1983, many Turkish-Cypriots resent Turkey to a quite remarkable extent and the country has not been recognized as such except by Turkey, it is Ankara who pulls the strings there until today. Greece on the contrary claims no more auspice over Greek-Cypriots and while many Greek-Cypriots still recognise their ethnic and cultural origins, the Republic of Cyprus now is part of the EU and if anything, Cypriot nationalism is prevailing.

The geopolitical situation today is very different from the 1970s or 80s and much has changed favouring stability between the two states. The Soviet Union for instance no longer plays a role in the security environment – although the Russian upper class arguably has a lot of money on the Greek-Cypriot side of the Island – and Turkey-Greece relations currently are focused rather on cooperation than conflict. Thus the key reason for Turkey to intervene on the Island, to prevent Athens from reclaiming yet another Island close to Anatolia dwindled in importance and might even be obsolete due to the aforementioned factors. Yet the situation on the ground for the Island changed little, with the exception that the Greek-Cypriot part now is in the European Union. Through the accession of 2004, the Greek-Cypriot side gained massively in leverage towards Turkey as it now is in a position to veto any further steps of a Turkish-EU approximation – something its does quite enthusiastically ever since. At the same time it also means that Ankara, who is in a customs union with the EU since 2005, now has the possibility to trade with Cyprus, although selling Turkish produce on the Greek-Cypriot side seems rather unpopular.

For Turkey the status quo has four key benefits as well. First of all the Island still is of great strategic importance for Turkey, as it provides it with strategic depth, not particular towards some specific country, but more general, making it significantly easier to keep clear its southern shores. The strong presence on the northern part of the Island would allow Turkey to encircle possible aggressors. Secondly Turkey has ideological reasons to claim guardianship of Turks around the world, like it does in China, Central Asia, the Caucasus and the Balkans. Turkey could use that auspice as legitimization of an intervention (hypothetically), just as it did in 1974 in Cyprus, or more generally to justify its foreign policy towards neighbouring states. Thirdly Turkey gains political leverage by not simply giving up the guardianship of Turkish-Cyprus. In any deal for unification, Ankara will have a say, and if the European Union or the international community will push for a deal, it will have to pay a certain price. This could be the opening of chapters to speed up the EU accession – which ironically mainly has been prevented because of the Republic of Cyprus’ interventions – but it could also mean the allowance of a Turkish military base on the Island, or simply cheap loans or economic assistance. Lastly, Turkey has shown strong interest in the Aphrodite gas field south of the Island, which is in the exclusive economic zone of the Republic of Cyprus, but is not recognized as such by Turkey. Not only has Turkey a heavy trade balance deficit due to its energy imports, but also would it further increase its strategic standing.

While the elite rhetoric in regard to a reunification of the Island is very positive, especially since both sides’ leaders show strong intentions for a reunification, the general rhetoric still is marked by resentment and dis-information. The Greek-Cypriot side shows little understanding of Turkish (not to be confused with Turkish-Cypriot) interests, while the Turkish-Cypriots are in no position to formulate demands without Turkish approval – at least to a certain extent. Either side is caught in their own rhetoric traps, focusing on the other sides atrocities, while playing down the own role. What is more important though is that Greek-Cypriots have little understanding of Turkey’s strategic interests or refuse to say so. Turkey on the contrary continues to gamble with old sentiments about Greek and Greek-Cypriot violence against (ethnic) Turks – again remembering Turkey’s struggle for independence against Greece and intercommunal violence in Turkey itself in 1955. While relations between Turkey and the Republic of Cyprus cooled down significantly over the last decades, the conflict is still far from over, even if the Island is reunified. Resentments on either side should be cooled down, and like Turkey did in so many other foreign policy cases, it should show more pragmatism. At the same time the EU should put more effort into reducing Greek-Cypriot partiality towards Turkey. Problems with exactly that on both sides make it much more difficult to find a solution. We should not make the mistake of thinking a re-unification will solve all of these problems.

Any cards are included upto have the capacity to decide the
entire value of the gambler’s hand. 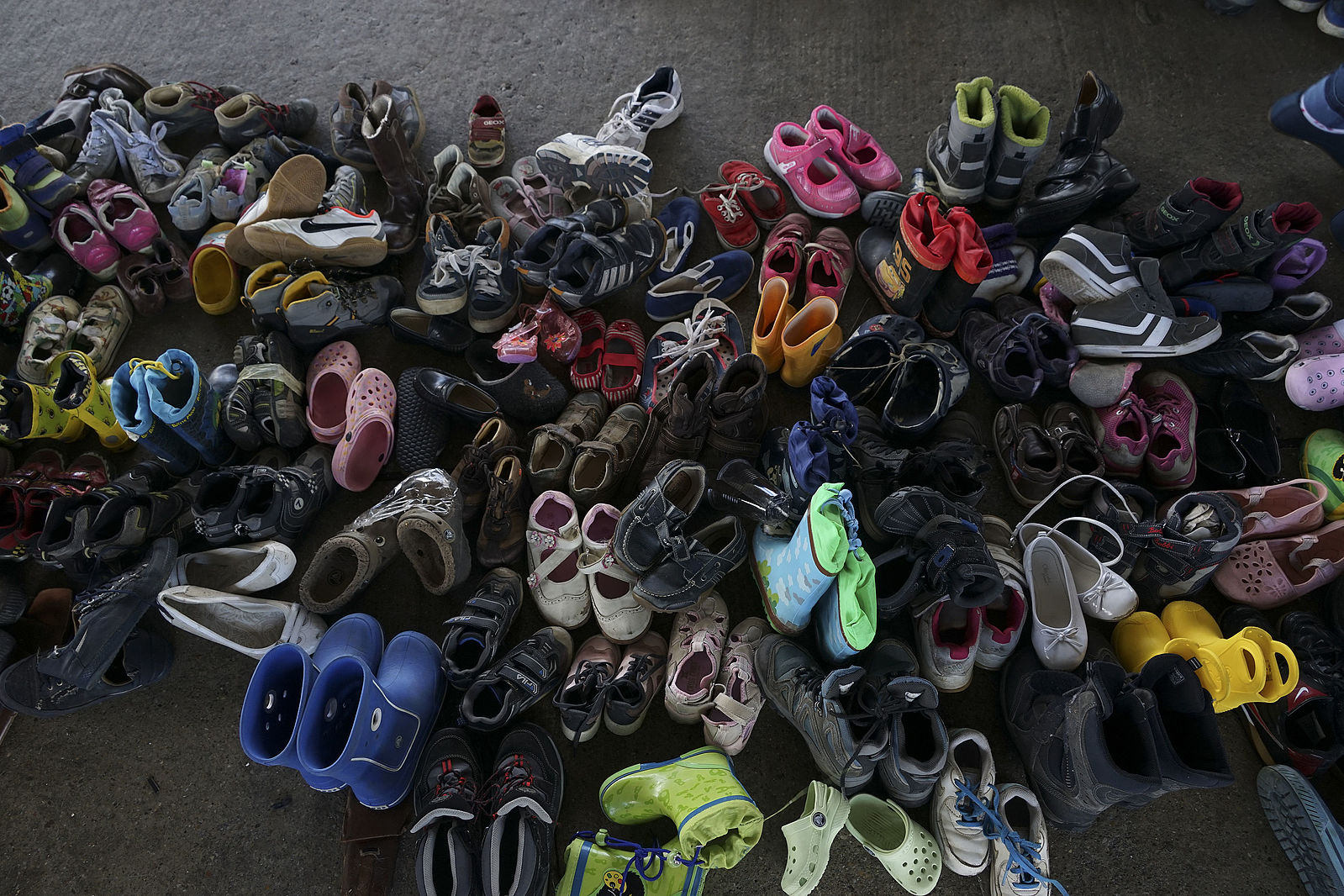 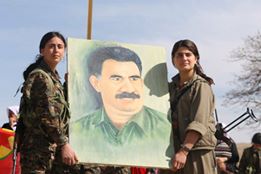