Last year turned out to be as one of the most turbulent years in Afghan history for a while. In June, the Afghans elected a new government, accompanied by widespread election fraud and an unclear result. It was therefore a case of emergency when U.S. Secretary of State John Kerry promptly flew to Kabul in order to broker a deal between the two rivals Ashraf Ghani and Abdullah Abdullah. After forming a “unity government” the newly elected President Ghani had to achieve a post-withdrawal agreement with the international coalition before the ISAF mission ended in December.

But given the fact that the security situation in Afghanistan was much worse in the final phase of the withdrawal than it had been in Iraq, this time President Obama and his Afghan counterpart were under pressure to reach a status of forces agreement – the legal basis of the new NATO assistance mission “Resolute Support”. With the help of the new mission the Afghan government has officially assumed responsibility to guarantee security since the beginning of this year, in spite of its weaknesses and ongoing violence. For the United States the new mission marks the end of the longest war in American history driven by a foreign policy that was overemphasized on the use of force and liberal ideology. “Muscular Wilsonianism”, as some labeled the strategic marriage between hardline policies and liberal ideology, was, indeed, supposed to defeat terrorism but finally strenghened the insurgency and extremism in Afghanistan and beyond.

Goals and failures in retrospect

Eliminating the Taliban, terrorists and their safe havens and establishing a democracy were the main goals of U.S. engagement in Afghanistan. Measured by its own goals, however, the United States and its allies lost the war. The focus on the use of force and the annual increase in the troop levels did not lead to the defeat of the Taliban, al-Qaeda, warlords and criminal networks. Instead, the Taliban are still capable of attacking almost anywhere in the country and enjoy several safe havens in Afghanistan and Pakistan. According to Afghan officials, parts of eastern Afghanistan are now under control of Taliban factions and a few areas in the north were jointly gained with their long-term ally Islamic Movement of Uzbekistan (IMU) during their spring offensive “Azm”.[1] And just recently highly secured civilian areas were attacked by the Taliban, such as the Afghan parliament, the American and Indian embassy or the Park Palace Hotel.

But the expansion of the insurgency is not a new phenomenon. Violence in Afghanistan has constantly risen since 2001 and peaked at more than 12,000 battle-related deaths in 2014.[2] Even during the Hobbesian 1990s, the intensity of violence was not as high as it is today. At the same time, poppy production and other criminal activities such as smuggling and kidnapping have risen to the highest levels since the invasion in 2001.[3] And as the situation got worse in Afghanistan, so too did it in Pakistan. Several Islamist groups emerged there in the aftermath of the intervention and declared war on America and the Pakistani government.

The U.S. strategy also failed in terms of nation and state building and democracy promotion. President Bush and his advisors strongly believed in the democratic peace theory and even expected a democratic Afghanistan being able to stabilize the country. As can be seen, they were incredibly wrong. Democracy did not prove to be a magic silver bullet for solving all Afghan problems and it could not be established without resistance from different groups. What is left after years of nation building is a highly fragile state which can hardly guarantee core functions of a modern state. Firstly, Afghanistan lacks coercive power. The Afghan National Security Forces (ANSF), including the military and police, have not fully been able to control the territory and to secure the Afghan borders. They are poorly trained, have high death and defection rates, lack cohesiveness and air power and increasingly rely on local militias. In addition to this, the security forces are deeply corrupt, selling weapons to insurgents, paying salaries to “ghost workers“ or distributing privileges among a few.

Secondly, the Afghan state lacks infrastructural power in the form of governance, services and law enforcement. One major problem is corruption, as it causes high rates of tax loss, high costs of starting a business or asymmetric income distributions. In 2014, Afghanistan placed at 172 in the corruption index of Transparency International, only having Sudan, North Korea and Somalia behind it. Moreover, the government’s ability to provide basic needs or to create a good economic performance is very limited, especially in remote areas. Despite years of investing in energy supply, for example, only 30 % of the Afghan population has access to electricity, according to World Bank data.[4] The same is true concerning the justice system. The local people in remote areas often prefer Taliban courts over official courts enforcing law in cases of crime because the official ones are ineffective or simply not prevalent.

Thirdly, the lack of ideological power in the sense of legitimate institutions and a vision of the Afghan state could not overcome the ideological divide within the fractured society. Today political culture is dominated by politics of exclusion and the centralization of presidential power.[5] In fact, the 34 provincial governments and 400 district chiefs are directly appointed by the president in Kabul and are not elected by the people, with the result that Afghanistan is viewed as having one of the most centralized political systems in the world. Furthermore, there is no long-term power sharing agreement at the political center. First, the warlord-dominated democracy engineered by the international coalition did not really prove popular among tribal elders and ethnic Tajiks. The Pashtuns, who form the largest group of the Afghan population, still refuse to acknowledge the central government, even though President Ghani has a Pashtun background. In their view the ethnic Tajiks, who are overrepresented within state institutions, have too much power. Moreover, Pashtuns, who have arranged themselves with the government, are opposed by hostile Pashtun tribes outside the government, of whom several are allied with Taliban factions and hide them. The ethnic Tajiks and other minorities have refused to accept the central government as well. They mainly favor a decentralized system because they fear being dominated by the Pashtuns.

The role of regional power politics

So why did the strategy of the United States not succeed despite its effort? To begin with, diplomacy as a strategic response to the 9/11 attacks was considered weak, leading to a direct intervention of the United States. In doing so, conflicts on the international level and regional power dynamics were largely ignored. The U.S. government treated Pakistan as an ally because the war in Afghanistan highly depended on the supply route through Pakistan. But Pakistan was actually no ally at all. As it is the case in Syria, Afghanistan has been a playground of rival states which used governments or militant groups as a proxy, contributing to the success of extremists. For decades India has tried to encircle Pakistan by promoting pro-Indian Afghan groups, close diplomatic ties to the Afghan leadership and soft power within the Afghan society. In return, the Pakistani government has supported the Taliban and other groups in order to gain strategic depth and to challenge Indian influence on Kashmir and Afghanistan. In addition to the Indian-Afghan threat, Pakistan has also feared an Iran-Russia alliance, which tried to shape Afghan politics. Although some factions of the Pakistani government see the Taliban as a threat and stepped up efforts to fight them, they consider Iran and a nuclear-armed India as bigger threats than the Islamists – that is why they still distinguish between good and bad Taliban factions.

The problematic relations between Pakistan and Afghanistan have also remained unsolved. Afghanistan has never accepted the border between the two countries because the Durand Line divides the Pashtuns, who are only a minority in Pakistan. Mohammad Daoud Khan, then Royal Prime Minister under King Mohammed Sahir Shah, was a strong supporter of Pashtun nationalism and even waged war against Pakistan for that matter in 1963. Today both states accuse each other of supporting terrorist groups and both are frequently engaged in border skirmishes. President Ghani and his predecessor Hamid Karzai tried to improve the relations with Pakistan but they were not willing to pay the price for accepting the border and rebalancing relations with India and Pakistan.

Between tactics and strategy

For years, experts have debated why the strategy of counterinsurgency (COIN) failed to deliver positive outcomes. In trying to answer this question, advocates of COIN mainly focused on the tactical difficulties and criticized how policies were put into practice. But as it turned out, the problem was not the tactics of COIN but rather the strategy itself. Bombing and occupying a foreign country and trying to tell the Afghans how they should organize themselves were ineligible strategies to win the hearts and minds of the Afghan population. As a result, it became easy for extremist groups to recruit fighters from a growing pool of sympathizers who saw the insurgency as a (legitimate) revolutionary resistance against occupying infidels.[6]

The withdrawal of the U.S.-led coalition was a first important step to delegitimize the insurgency. However, the increasing number of attacks in the last two years indicates that a security vacuum caused by the withdrawal of troops and a fragile state can be as disastrous as a foreign intervention itself. To solve this dilemma in the short-term Afghanistan desperately needs tactical assistance and foreign aid. In the long-term Western governments will need a new and fundamentally different strategy for dealing with extremism, a realistic one that refocuses on diplomacy. Policy-makers have to avoid military force being overemphasized and used as development program.

Challenging extremism would need a strategy that takes the complexity of actors into account. On the international level relations between Pakistan and its neighbors are a key to reduce the intensity of violence. As long as Afghanistan does not take a neutral position towards India and Pakistan, the survival of the Afghan government will be at risk because Pakistan wants to prevent being encircled by its main enemy India. Inside the domestic arena the Afghan government needs a long-term power sharing agreement at the political center and a devolution of power towards the periphery. The Afghan government could also be helped to conduct peace talks with moderate Taliban factions. Diplomacy can provide a whole set of new policies and tools to cooperate in a long range of issues including security, trade, infrastructure and development. But diplomacy cannot only bring actors to the table, it can also contain threats if needed. 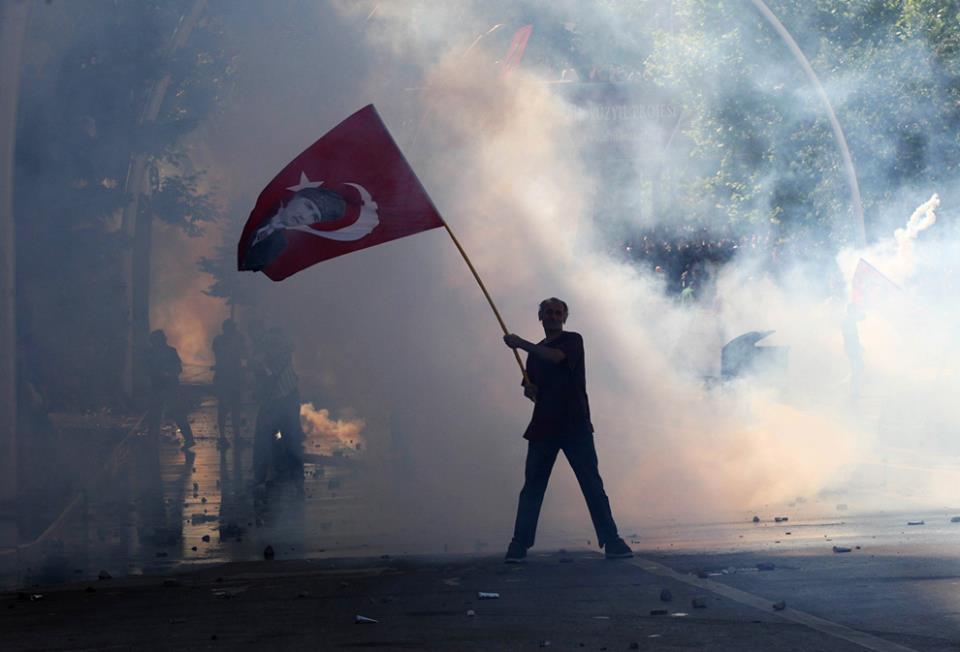 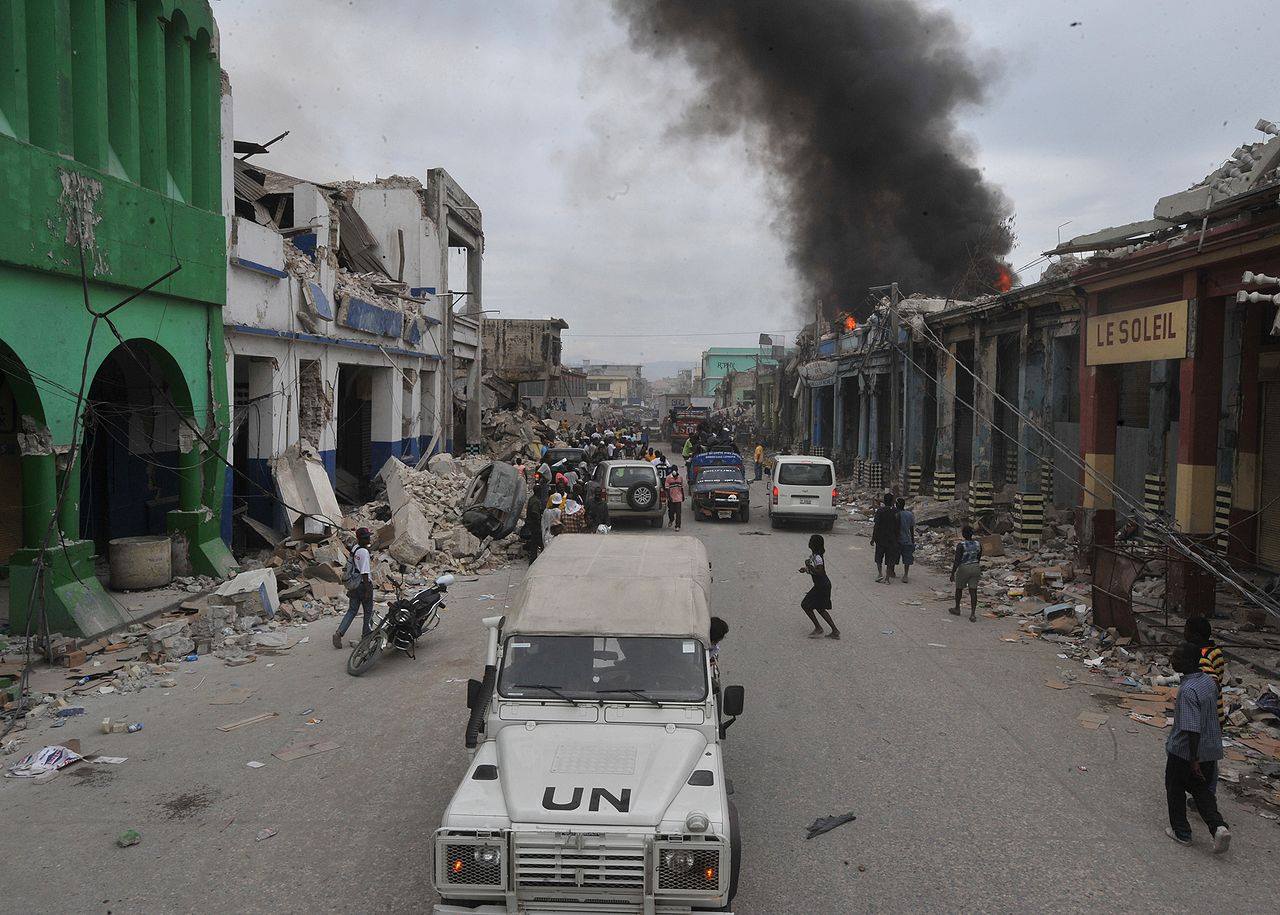